It’s not always thrilling to go home after being on vacation. I’ve been there and done that, but I’m lucky girl to be able to call Santa Barbara home. No matter where I travel, and I’ve been many places, I’m always happy to come home. When I moved back to Santa Barbara a number of years ago, I promised myself I would never take it for granted.

Santa Barbara is one of the most beautiful places in the world. Nestled between the Pacific Ocean and the Santa Ynez Mountain Range, it offers temperate weather, a wide range of breathtaking foliage, and an extensive list of places to explore. And the sunsets are unlike any I’ve ever seen.

Right over the mountains, the Santa Ynez Valley has some gems as well… Solvang, the Danish Capital of America, the many vineyards and wineries lacing the hillsides, fabulous eateries, some world class breweries, and numerous country roads to explore by bicycle. 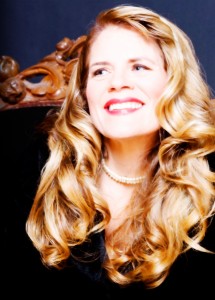 I’m a photographer and graphic designer and never thought I would be creating greeting cards and postcards, but people kept asking me to after seeing my photos. E-cards are okay, and come in handy in a pinch… I’ve used them often, myself. But there’s nothing like receiving a card in the mail from someone who cares about you with a personal note inside. I feel like it’s time to get back to basics with the personal touch.

So then I came up with the idea of providing sets of cards so that many of the highlights of Santa Barbara could be shown. I checked around to see if anyone was doing this, but it clearly seemed like a niche that needed to be filled. Some store owners even told me that customers often asked for sets of cards and postcards featuring Santa Barbara.

All the greeting cards and postcards are printed in Southern California on recycled paper with soy-based inks. I do all the assembly of the sets myself and get them ready to send out. It’s a work in progress, and I have more fun sets in mind, but I decided to start with what I thought of as Quintessential Santa Barbara Greeting Card Set and The American Riviera Postcard Set. I hope you like them.

Feel free to leave a comment on any of the blog posts or on the Contact page.

Oh, and if you like dry martini kind of blues, check out my music here.

Can’t find where to leave a review? Go to the product (you can enter it in the search bar above), then scroll down to the product Description and click on the Reviews tab right next to the Description tab. Click on the number of stars (if less than 5, let me know any problem you might have), then leave a review. If you’d like to leave a general comment, just visit the Contact page and leave your comment there. Thanks so much!